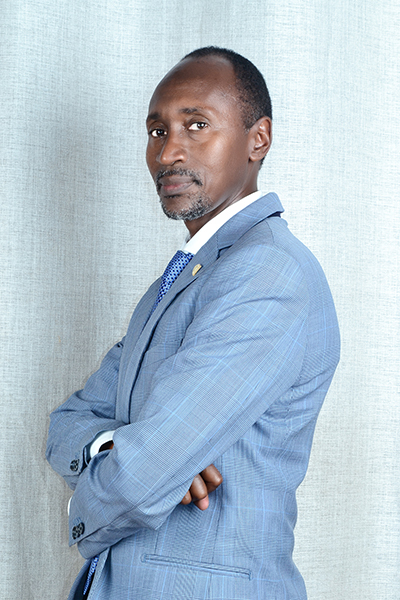 John Muhunde Rwakayija is a lawyer who specialises immigration law, employment law, banking and finance, social security law and criminal law. He has special knowledge in defence in criminal and private matters. He has wide experience in Public Law (with a strong focus on Criminal Law and Criminal Process). This experience and educational background allow him to defend clients in courts of laws, at the Prosecution and at the Police in areas affected by Public Law. He has specific expertise in defence and representation in environmental law and park management related offences. With more than 12 years of experience in defending, assisting and representing clients in Courts of Law, Rwakayija has amassed much knowledge and experience in defending the clients in criminal courts. In addition, he has conducted a study on Scoping study on the prosecution of wildlife related crimes in Nyungwe National Park:  January 2010 to December 2015 which was recommended and financed by the Wildlife Conservation Society.

In particular, John Muhunde Rwakayija has been advising Attorney to Rwanda Development Board (RDB). He performed several assignments including but not limited to  representing RDB Employees to court to defend their rights in case of crimes committed during their duties in protecting three National Parks: Akagera National Park, Volcanoes National Park and Nyungwe National Park. He has successfully performed this task that he also earned some renewals of these contracts.

John Muhunde Rwakayija holds a Bachelor of Laws (LL.B) degree from the National University of Rwanda since 2001. He also has attended various professional courses including but not limited to Training in Criminal Law and Criminal process, defence in criminal matters, Tax Law, Arbitration, etc.

You can call us anytime for assisting you, We are here to solve our client cases.